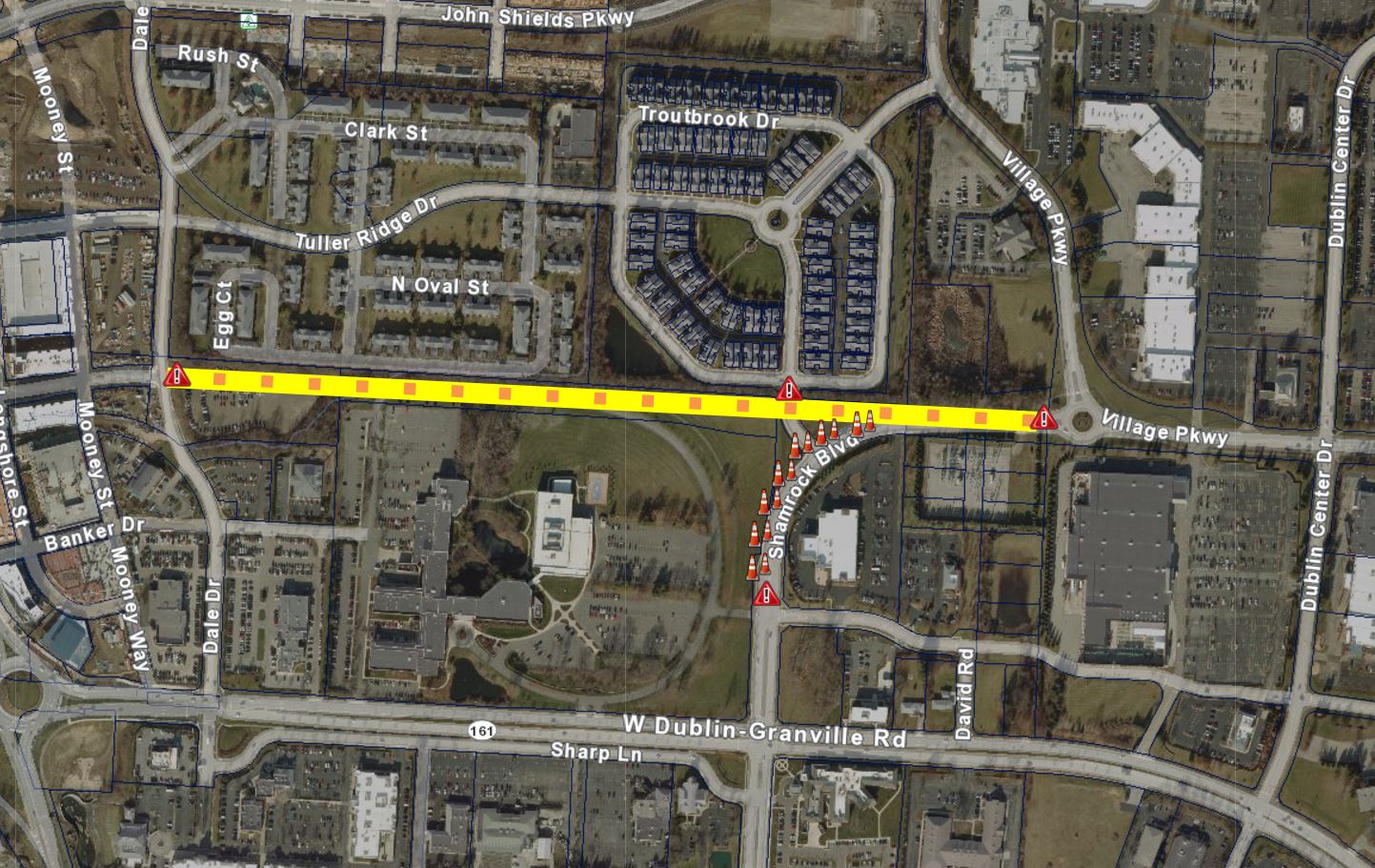 Clearing activities are expected to begin the first week in September, with construction beginning as soon as September 11.  During construction, the following restrictions will be in place:

Portable electronic message boards will be up one week prior to the road closure. The project is expected to be completed by late November 2017. This extension will complete an important connection identified in the Bridge Street District street grid plan.