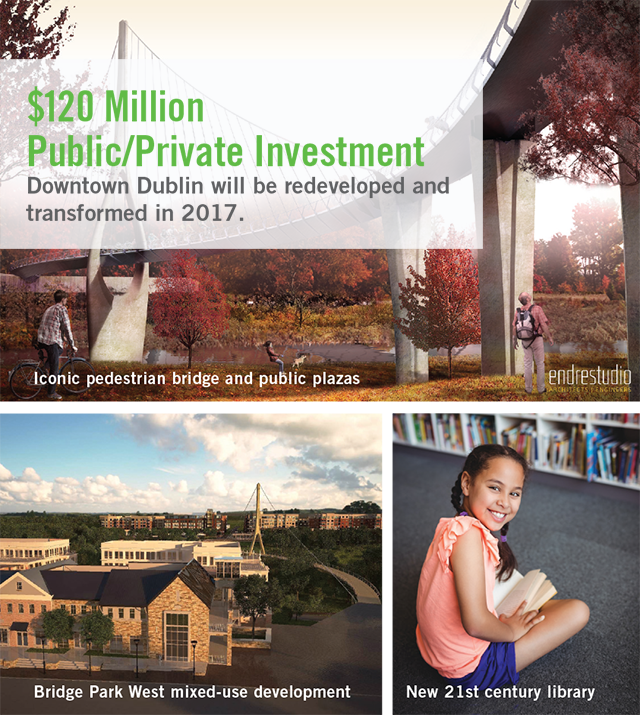 Major improvements are coming to Downtown Dublin in 2017 as part of public and private investments in the City’s historic district totaling more than $120 million.

As part of that investment, North High Street will be widened to 3 lanes between North Street and Indian Run Drive, which will improve traffic flow and accommodate future development. The improvements also include new pedestrian crossings, a median and additional on-street parking. Northbound traffic on that stretch of North High Street will be affected for the majority of 2017. 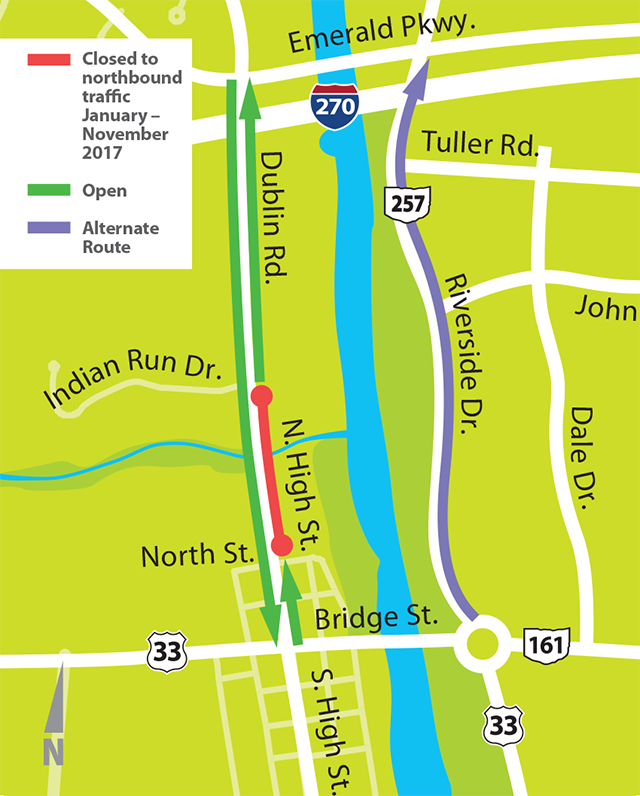 As North High Street is widened, the City is proactively making other improvements to get it all done at the same time, which will lessen the need for future impacts. 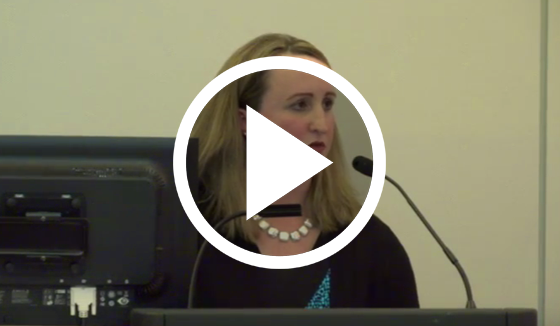 Why can 2-way traffic not be maintained?
A: The City looked extensively at options to maintain two-way traffic but found that it is logistically not possible to accommodate a temporary traffic signal in the area due to the steep slopes over Indian Run. The conditions are also unfavorable for safely maintaining two-way traffic via a flagging operation.

Additionally, maintaining two-way traffic with a flagging operation or temporary traffic signal would have the potential to create significant traffic back-ups onto S.R. 161, which would have a negative impact on the entire area. Allowing one-way (southbound) traffic will facilitate traffic flow into the downtown Dublin area. There are various routes out of the downtown Dublin area, including the official detour, which utilizes the newly-improved Riverside Drive for northbound traffic.

If you are heading north to visit North High Street businesses and restaurants, you are encouraged to take Darby Street from S.R. 161 (Bridge Street) to access the parking areas.

Why are these improvements necessary?
A: The North High Street widening will add a turning lane that will improve traffic flow and accommodate upcoming redevelopment projects, including the library improvements and Crawford Hoying’s Bridge Park West development.